What is an ileostomy?

What is an ileostomy?

If, for some reason, your large intestine has been removed or if it needs to rest for a period, you will need an artificial opening of the small intestine (called a stoma or an ostomy) for the faeces to pass through. This is called an ileostomy.

An ileostomy is created when part of your small intestine called the ileum is brought to the surface of your abdomen to form a stoma. There are many different reasons for an ileostomy to be formed, but typically it will be formed on the right-hand side of your abdomen.

An ileostomy can be either temporary or permanent depending on the reason for surgery or the severity of the illness.

Stools in this part of the intestine are generally a thick fluid and, because a stoma has no muscle to control defecation, faeces will need to be collected in a pouch. 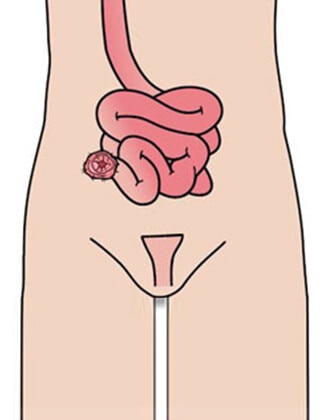 What is an end ileostomy?

The most common ileostomy is an end ileostomy, where the end of the small intestine (ileum) is brought out through a small cut in the abdominal wall, and then stitched to the skin of the stomach creating an opening (ostomy).

An end ileostomy can be either permanent or temporary

A temporary ileostomy is typically used in situations where the diseased part of the bowel has been removed and the remaining part needs to rest before the intestine can be re-joined together.

The permanent solution is chosen in situations where it is too risky or not possible to re-join the two parts of the intestine. 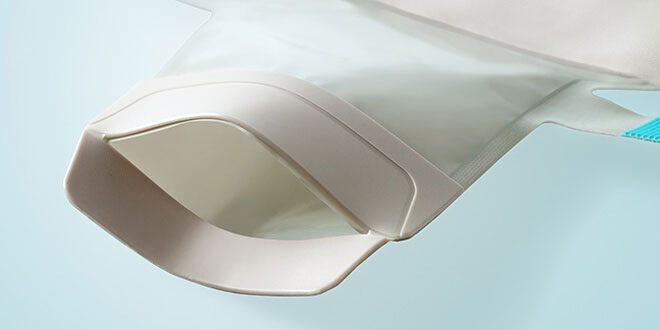 What is loop ileostomy?

In a loop ileostomy a loop of the small bowel is brought out above skin level. An incision is made half way through the bowel to create two openings. This is then rolled back on itself and sewn onto the skin forming the stoma.

The loop ileostomy is typically temporary and performed to protect a surgical join in the intestine or to relieve symptoms. If temporary, it will be closed or reversed in a later operation.